HOUSE, A NEW MILLENNIUM AND THE JOURNEY CONTINUES

In the last blog "Why I Love House Music Part Two:The Start Of My House Music Journey" we covered my transition from Hip Hop to House Music, Hip House being the bridge between genres, a bit of the history of hip hop and hip house, the Warehouse Scene's origins, influences, the Toronto Warehouse Scene, the (Toronto) Style, the music and a few of the players (JMK) that helped transition from Toronto Warehouse to after hours (note*After hours and Rave are not the same, After Hours Club admittance has a 19 year old photo ID requirement while Raves were commonly all ages)

The genre "Rave", also known as 1980s Hardcore by ravers, first appeared amongst the acid house movement in Scotland during the mid-1980s as a reaction to New Beat, a term first used in the USA during the early '80s. At the time, this New Beat music was a contemporary genre to techno from Detroit and house from Chicago. The Americans at the time used the term to describe those music styles that they never heard before. It was the new beat of the time, the new sound, very different from Hi-NRG disco, New Wave, synthpop, and rap.

The term was soon replaced by other terms, so virtually any U.S. hit once described as "New Beat" are today considered a part of another music style, most of the time simply house or techno. While New Beat usually borrowed an aggressive industrial sound, rave tended to borrow New Beat's elements that were harder than acid house while retaining the neutral mooded sound of acid house.

Rave tended to be a "happy" genre that favoured synthesized melodies over the duller sound in order to attract a wider audience. The genre was later reestablished as "oldskool" hardcore, leading to newer forms of rave music such as drum and bass, jazzstep, and Dubstep as well as other hardcore techno genres, such as gabber, happy hardcore and hardstyle.

In Britain, further experiments in the genre boosted its appeal. House and rave clubs like Lakota, Cream emerged across Britain, hosting house and dance scene events. The 'chilling out' concept developed in Britain with ambient house albums such as The KLF's "Chill Out" and "Analogue Bubblebath" by Aphex Twin. The Godskitchen superclub brand also began in the midst of the early 90's rave scene. After initially hosting small nights in Cambridge and Northampton, the associated events scaled up in Milton Keynes, Birmingham and Leeds (bringing with it a host of issues mainly the spotlight) 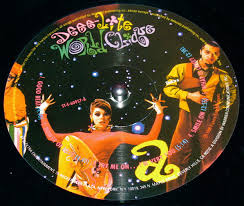 In New York, new indie dance bands such as Deee-Lite furthered house's international influence. They were a quirky, nerdy cool trio with an undergroundish voice dying to be heard by mainstreamers. Within the House Nation itself, acceptance for those helping shine light on the cause was broad. Two distinctive tracks from this era were the Orb's "Little Fluffy Clouds" (with a distinctive vocal sample from Rickie Lee Jones) and the Happy Mondays' "Wrote for Luck" ("WFL") which was transformed into a dance hit by Vince Clarke. 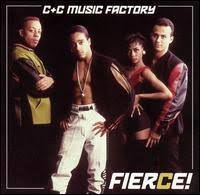 By the early 90s, groups like C&C Music Factory, Deelite, KLF, Black Box and artists such as Crystal Waters and Madonna took house into the Billboard Top 40 with the rise in popularity in the UK with illegal Rave parties. Between police and Government crackdowns, participants of Rave culture fought back with demonstrations, rallies, and continued attendance of illegal parties.

Meanwhile raves both illegal and commercial sprouted on the east and west coasts – an escalation that climaxed with 1993's Rave America, which drew 17,000 to the Californian amusement park Knots Berry Farm.

In North America, the rave scene (supposedly) came to a lull (commercially) until the electronica buzz of 1997, when MTV threw its weight behind the Prodigy, the Chemical Brothers, and Underworld. In the immediate years that followed, Fatboy Slim and Moby achieved ubiquity in TV commercials and movie soundtracks, while trance music of the fluffy Paul van Dyk/Paul Oakenfold type spurred a resurgence of raves in southern California, which by the turn of the millennium reached the 20-40,000 range.

THE TORONTO AFTER HOURS/RAVE SCENE 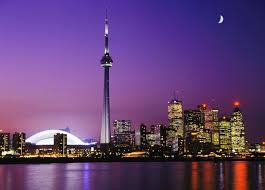 1994 was the first (and last) time my "Warehouse" friends and I attended a rave together. In all honesty it quite happened by accident. We were out looking for a Warehouse Jam (not realizing they had become all but extinct since the previous summer) and somehow ended up in a darkened, underground parking garage garage somewhere on King St (I hink) set up with flashing lights, club speakers (we didn't even know where the Dj booth was) and was populated almost entirely with underage kids.

Aside from the weird vibe and the age range, the first thing we noticed (wearing straight leg or flared dress pants and a button down dress shirt sporting the more mature look) is that we were massively overdressed (in comparison to most of the kids who if not wearing T shirts and jeans, tank tops and jogging pants they were actually in costume)

It literally felt like we had stepped through a porthole and had been transported to a bizarro world. Needless to say, we didn't stay very long. I wouldn't come to understand what it was we happened into until a few years later. 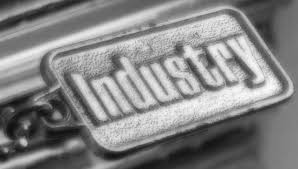 In the late 90′s, through the support and efforts of several key figures, the House Music scene in Toronto grew to become one of the biggest and most renowned music scenes in the world (I had met several famous and not so famous American celebrities who all confirmed what most in the know already knew... Toronto was the After Hours Capitol of North America... at the time) attracting the biggest names in Dj and House music production (Carl Cox, Paul Oakenfold ect.) But that was then. You see, despite the fact that the After Hours/Rave scene had major corporate and commercial sponsorship (Ever hear of Citrus? It was an event held at... wait for it... wait for it...

that's right... the Ontario Science Centre) As a matter of fact, events were held at nearly every one of the pavilions at the CNE, including the Automotive building, the Direct Energy Centre Building, and Ontario place (that's right, Raves took place in places now reserved for auto shows, home and garden shows ect. lol) there was even one that purportedly took place at the CN Tower, Toronto's most recognized landmark (are we getting a clearer picture of the kind of support the rave community obviously had before the year 2000?)

While other cities have managed to maintain vibrant Dance Music cultures, Toronto’s was doomed to fall, and did so swiftly after the turn of the millennium. So what happened you ask? Kids happened. Underage, irresponsible teenagers with no sense of control or grasp of the concept of consequences happened. You see, at normal after hours venues (like Warehouse Jams) you had to be of age (19) and present ID.

Adults who generally frequented after hours tended to be cautious with illegal substances, and at least informed about the effects and how to counter (staying hydrated by drinking lots of water) And adults generally had at least one "veteran" that could "reign in" those less careful (it was in fact the illegal events with no "of age" requirement that drew negative attention)

By 1999, Toronto’s Rave scene was getting a lot of media attention, but in general, raves generated a very positive atmosphere and good news is no news so there wasn’t very much for major media moguls to write about. In October of 1999, Hullabaloo! (Toronto’s most celebrated and world renowned Rave promotion company) threw an event in an underground parking garage.  It was enjoyed by most of the thousands who attended and would have been a great success if not for a 20 year old University student who overdosed on Ecstasy.

Accusations made against Toronto’s support of dangerous rave parties, brought to attention that major events had been actually thrown on city property (with city administrators in complete ignorance of the fact?) The campaign against the Rave scene lead to the inacting of a law banning electronic music from being performed after 3am, inciting an uproar amongst the many businesses that benefited from the city’s Rave culture. ﻿﻿In the beginning, Raves were largely attended by older, experienced party goers that were sick of night clubs and looking for a more fulfilling experience. By Raves being exposed  to the mainstream (with a lot of the exposure being negative media coverage in the UK) they began to attract younger and younger crowds

(tell a kid not to do something or go somewhere and guess what they'll do) and because the events were all ages, they were able to attend. As the majority of attendees got younger, the older ravers stopped going. With the Rave scene now dominated by adolescents, it began to face the issues that always follow teenagers, mainly irresponsible drug use, which leads to irresponsible drug dealing, which so often leads to gang violence. The mass exposition of Rave culture also brought it to the attention of the wrong kinds of people (those who go out with the intention of partying irresponsibly)
I can even recall a weekly late night show focusing on Toronto night life over ten years ago,  the interviewer was asking why attendees love the (commercialized) After Hours scene, one response was "it's great, the chicks are all high and much easier to hit on" With the people I partied with (back in the day) the first and most important aspect of partying at an After Hours was the music (in those days, the majority of attendees knew who the guest/headlining Dj was, these days most don't even know the resident Dj)
In a scene based around tolerance and personal freedom, there was little anyone was willing to do against these negative activities. Thus, its downfall (in it's original form) was inevitable. The clubs most popular in the After Hours Scene were forced to close down due to new noise and other restrictions.

Imagine the positive effects of House Music on virtually everything mainstream being undone, the next time you hear a four on the floor beat behind the average hard or soft sell commercial (car or beer) latest TV show or feature film score then imagine still being stuck in the 70s (musically) For your viewing pleasure, an example of just how much of a threat to the youth House Music turned out to be.